Community campaign to speak out against SGBV

Community campaign to speak out against SGBV

The purpose of the campaign was to raise awareness of Musanze community on current situation of GBV, existing prevention and response to GBV, engage parents on child rights, their responsibilities in child education and care (teen pregnancy prevention) and awareness existing local and international legal framework to address SGBV.

Campaign held at UBWOROHERANE Stadium on 09th December 2019 where 1247 people  attended including our 100 volunteers from four Sectors of interventions and different officials were participated among them there are: USA Ambassador, PS Minister of MIGEPROF, Country Director of WFWI, Mayor of Musanze district and ADEPE’s National Coordinator. 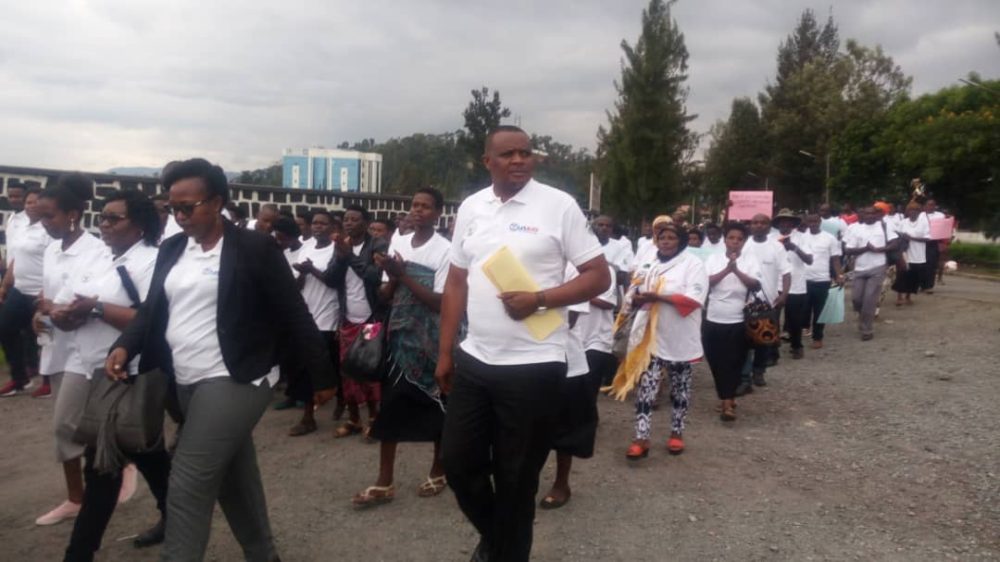 Results from the campaign were the following: